On October 3, 1870 a meeting was called at a private home in St. George for the purpose of considering the establishment of a Masonic Lodge in the village.

The meeting was attended by a number of Brethren, all of whom were members of Brant Lodge No. 45, Brantford. They were Bros. Robert Burt, Benjamin Ball, William A. Mullin, Charles F. Bell, Joseph Keifer, Dr. E. E. Kitchen and William Austin.

Robert Burt was appointed Chairman and Dr. Kitchen secretary for this meeting. It was decided to send a petition in the usual form, signed by the brethren present as charter members, to Brant Lodge for their recommendation, which would then be forwarded to the DDGM for his approval. Having attained this, it would then be forwarded to the Grand Master.

The meeting was to be held on the Thursday of or preceding the full moon. The reason for this was that the members would always have moonlight nights, while driving to or from the regular meetings. This continued until 1927 when a regular night was chosen.

The lodge received its charter during 1871 and it was officially dedicated by the Grand Master, the Most Worshipful Brother J. Seymour on January 25, 1872.

With such a spirit among its members, and with no mortgage outstanding on its temple, this lodge is in an excellent position to go on to even greater successes in the future. 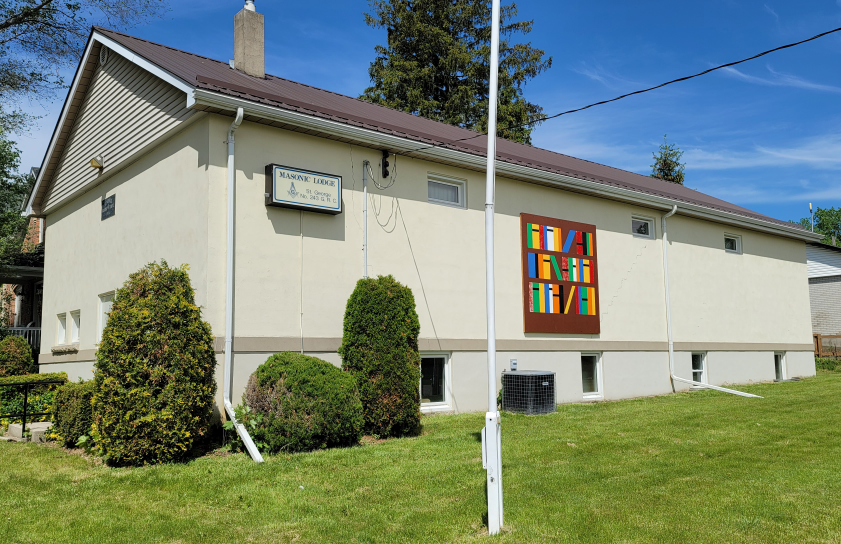