On June 25, 1858, a number of Masons met at Bishopsgate (on Highway No. 53 between Brantford and Burford), to consider the propriety of applying to the Most Worshipful Grand Master for a warrant to constitute a Lodge of Ancient and Accepted Masons in the Township of Burford.

Bro. Jira Skinner was requested to preside and Bro. William M. Whitehead to act as Secretary for the Meeting.

The meeting closed with the majority feeling that an application should be forwarded, as soon as possible, to the Grand Master for the Constituting of Burford Lodge. Grand Lodge approved of the Institution, and the Warrant of Constitution for Burford Lodge No. 106, dated July 3, 1858 was granted, and it was signed by the Grand Master, Most Worshipful Brother William Mercer Wilson.

Over the years, Burford Lodge has been quietly carrying on the highest of Masonic ideals.

It has had leaders in the positions of District Deputy Grand Master, other district officers, and lodge officers who have created dignity and have added respect to the order. 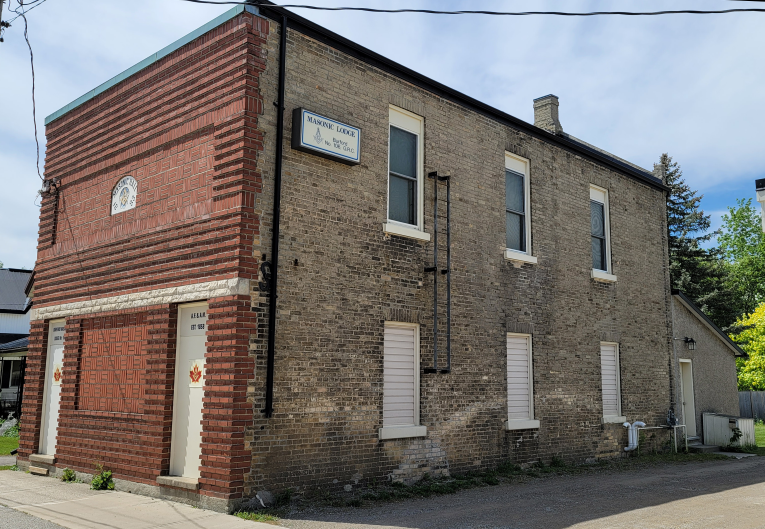